Twin Boys Are On The Way!

In case you missed the announcement on Facebook, Jeff and I have some very exciting news to share: This fall, we will be welcoming twin boys to the family! Woo hoo! 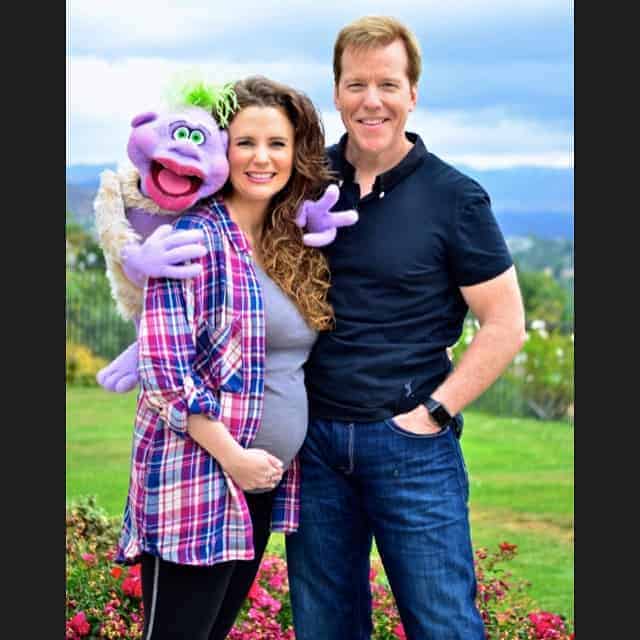 These little boys are so lucky because they will have three big sisters to watch over them and have loads of fun with. From what I hear, they already have several little outfits planned out for them! 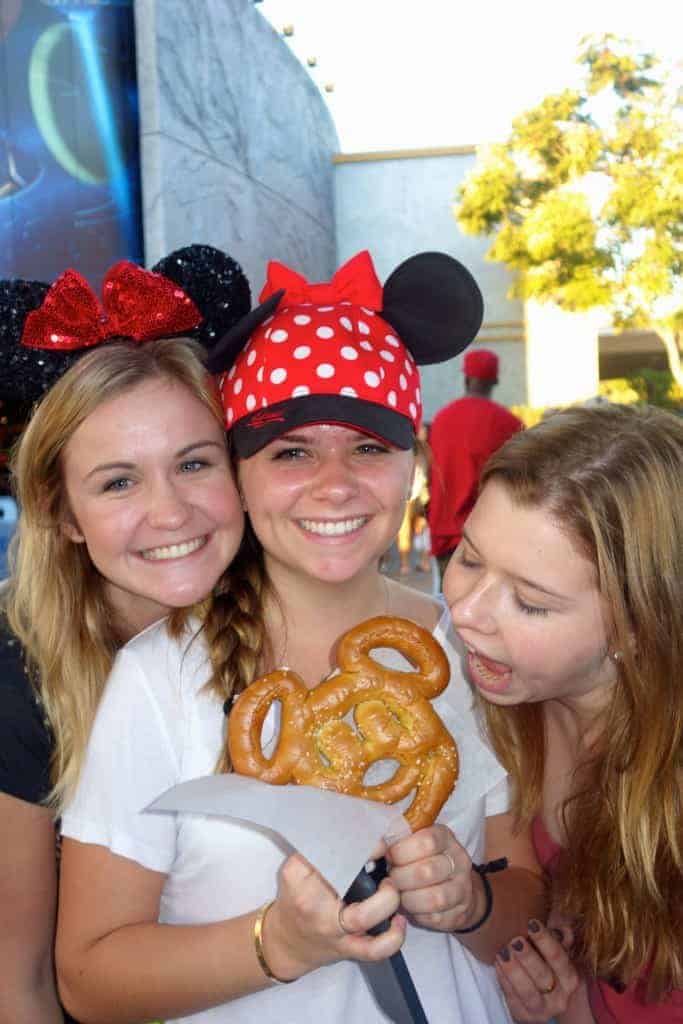 They’re also lucky because they have two grandparents who are dying to hold their very first grandchildren. My mom currently shops at Babies R’ Us more than I do! 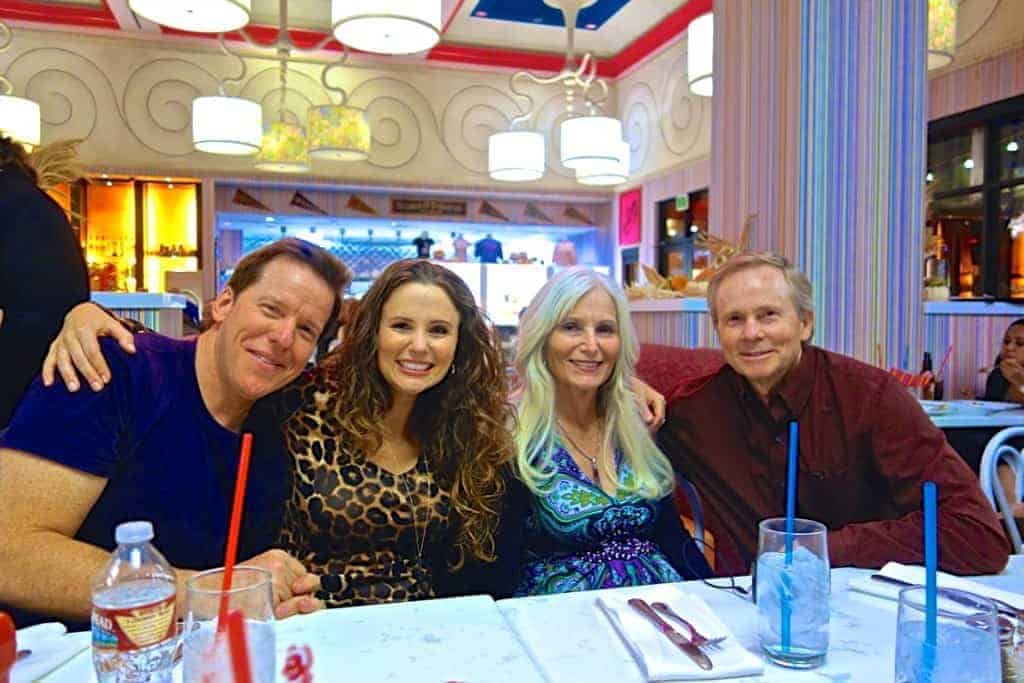 November, 2014 – Having a treat at Serendipity 3 just after Jeff’s first performance at Planet Hollywood in Vegas!

They’ll also be welcomed by another set of grandparents who are excited to meet their first grandsons! 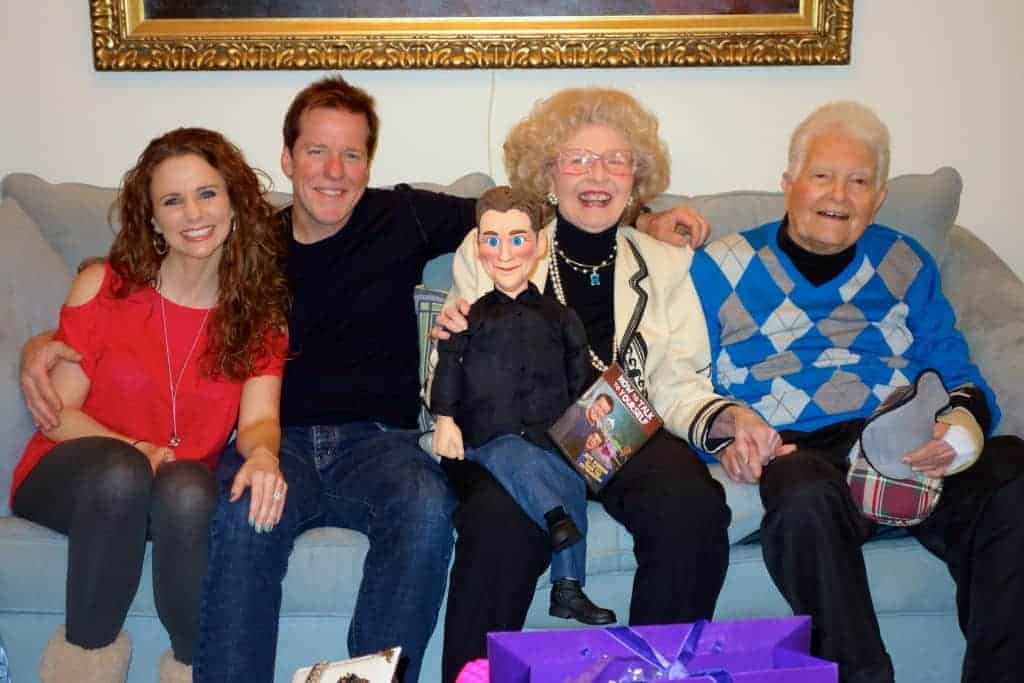 And lastly, they have two uncles who can’t wait to play with their first nephews. I know my big brothers are going to have a blast with them! 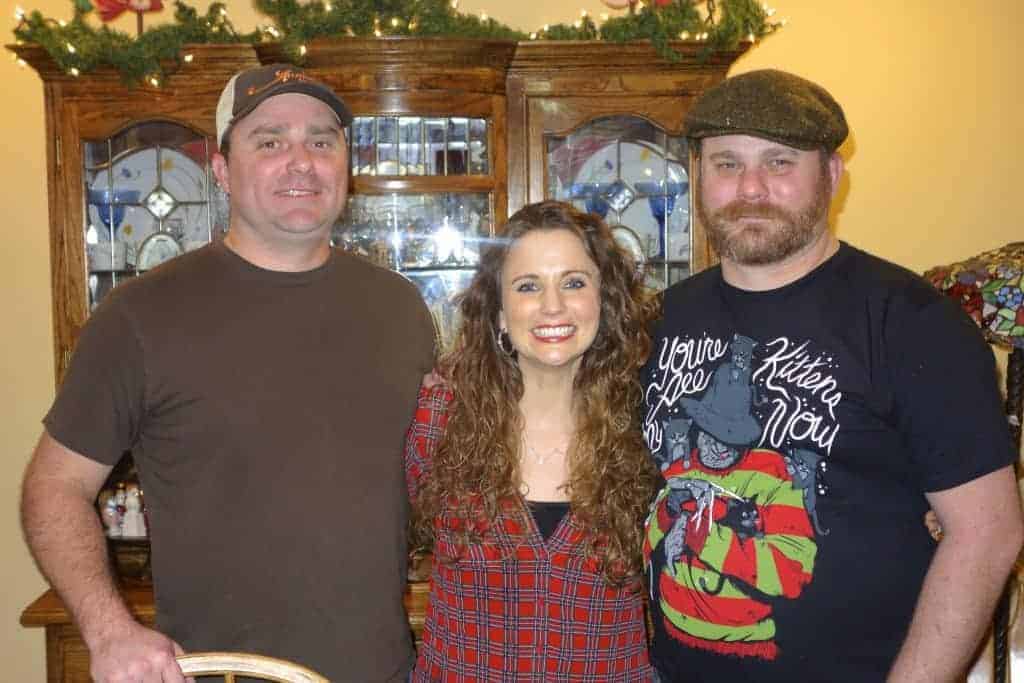 I just hope that our dogs, Roadie and Buddy, will understand; they’re not going to be the babies in the house anymore. 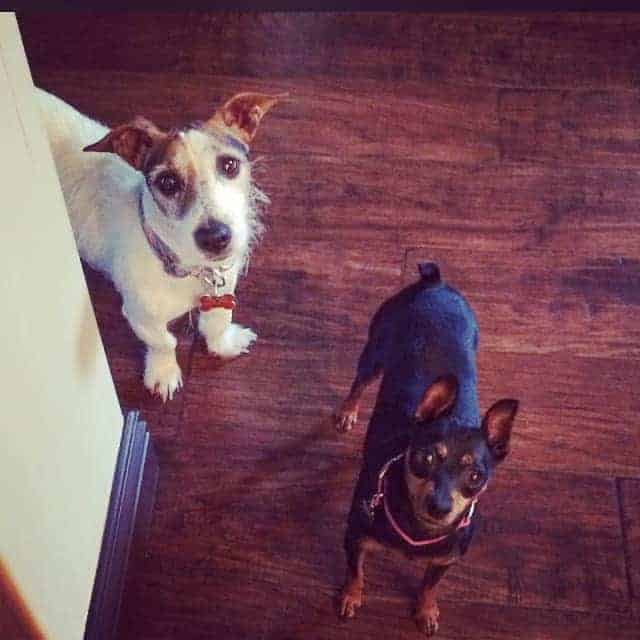 Our sweet dogs, Buddy and Roadie.

I have to say, though – knowing them, they’ll be incredible guard dogs and watch over these little boys with their lives. Well, at least Buddy, the Jack Russell, will… 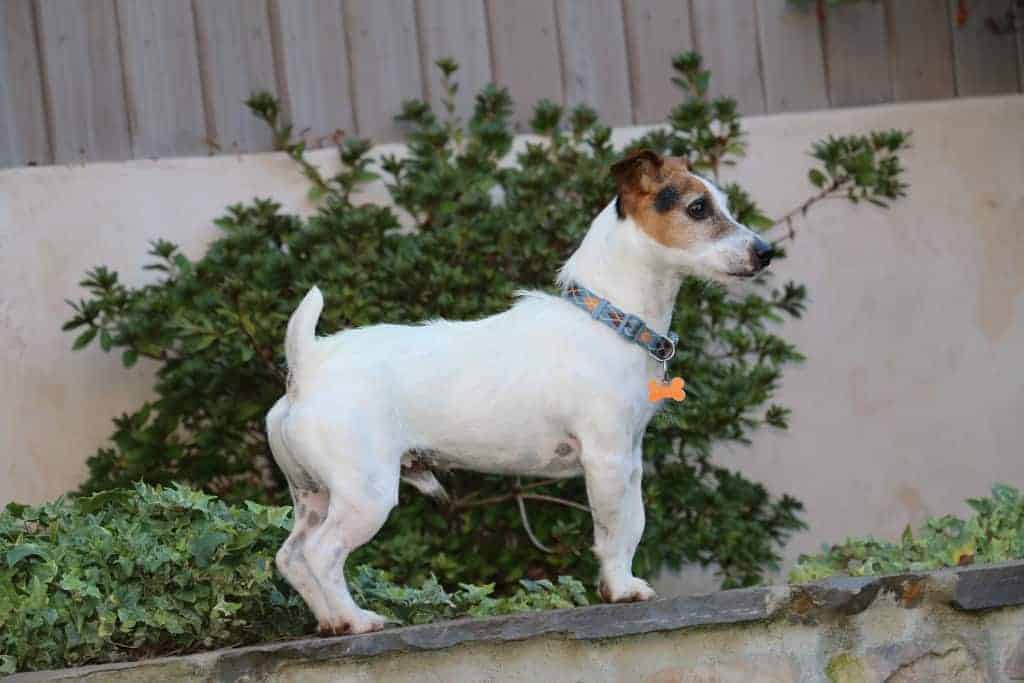 Little Roadie will probably only care about the dropped food around the high-chairs! 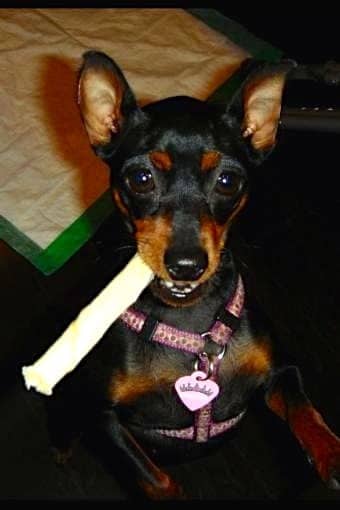 Of course, I will share the journey as I go! I’m already working on a post titled, “The Honest Truth About My Eating and Exercise Habits During the First Trimester with Twins.” You can expect to see this post within the next week or two, and I promise, I won’t leave out the not-so-proud moments!

Tagged with: My World, Pregnancy, The Twins

Congratulations! That is such exciting news for you and your family! Double the fun!

So happy for you!! Miss you lots oxox

I love your photos and posts about each one.. I am so excited for you and Jeff.. and the rest of the family. (including the dogs) LOL Keep the pics and the posts coming.. btw; would love to see more baby bump pics. you look great pregnant. what a glow. Hope everything in your pregnancy goes like it should.. God Bless you and Jeff. Congrats

Congratulations on the babies!! Can’t wait to hear about the Rest of your pregnancy

Sending you much love and blessings to you and your family. God bless you!!

Congrats to you both!

Sending much love and blessings to you and your family. May this next journey in your lives always be blessed.

Congrats to the dunham family on the new additions! what a wonderful blessing.

Thank you very much, Carolyn!

Oh the Joy of the wait……….the anticipation………..the little guys are going to have a wonderful family to be born into………………and you know we are al sending our very best……………and I’m still convinced that with all the love in that home….those little doggies are still going to be your babies…………..just the “older” babies…………
thank you for sharing this post……………….

I just wanted to say also…that every time Jeff gets a doll out of its box………..watch his face……it literally lights up……..does this guy love his job……….?? Or what??

congratulations!! Twin boys are so much fun. Mine will be a year next tuesday! I Hope you have an easy pregnancy and delivery of healthy bOys. 🙂

Hello Audrey and congratulations on your precious, precious news. I currently have AMl leukemia. in 2012 I was diagnosed with nh lymphoma and in feb this year it swung to the leukemia because of the chemo I received before. can you help me with a good smoothie drink. I really do not like the powders because either I am doing something wrong because I can taste the grittiness of the powders. my husband is my cook and he is meat and potato kind of guy. we have our own chickens so I can protein that way but any dietary hints will help. thank you for any suggestions and your time in reading this. I look forward to hearing from you,

Thank you so much for sharing a little bit of your life with us. My family love watch jeff perform. I am so glad you both have found so much happiness and congratulations on your pregnancy with twin boys. 🙂

Congratulations Audrey and Jeff. Wish you guys all the best.

enjoyed seeing all your PICTURES, be sure to show us your twin boys when that happens, good luck and much happiness to you both Betty from Norfolk, va. I must add we have a JACK Russell also, she is small she is what they called a celtic Jack Russell, born in Ireland, sent here to the states to a breeder to sell, she has short legs and smart as can be

i just love both of you and when i seen that you two were having twin i was so happy for both of you . i just love to watch jeff on comedy central.
he is my favorite comedian/ventriloquist.
congrats and love you both!!!!

I’m so happy for you two! I’m sure the twins will be handsome little guys!

Congratulations.! Been following your wonderful husband for years, he is fantastic, have any and all videos televised that i can find. you are dearly blessed.

Hi Audrey!
I’m a big fan of Jeff’s, who isn’t haha, and just want to congratulate you both for your boys!
Hope I can see Jeff perform again soon next time he’s in Canada. Be nice if he could come to Prince George in British Columbia.

But again, congratulations for the boys!!