11 Things I Didn’t Expect While Pregnant with Twins

1. How physically exhausting doing the simplest things would be, such as: showering, putting on makeup, going to the grocery store, cooking lunch, washing dishes, or packing a suitcase. Oftentimes I would feel the need to lie down for several minutes after completing each one of these tasks! And oftentimes, I did. 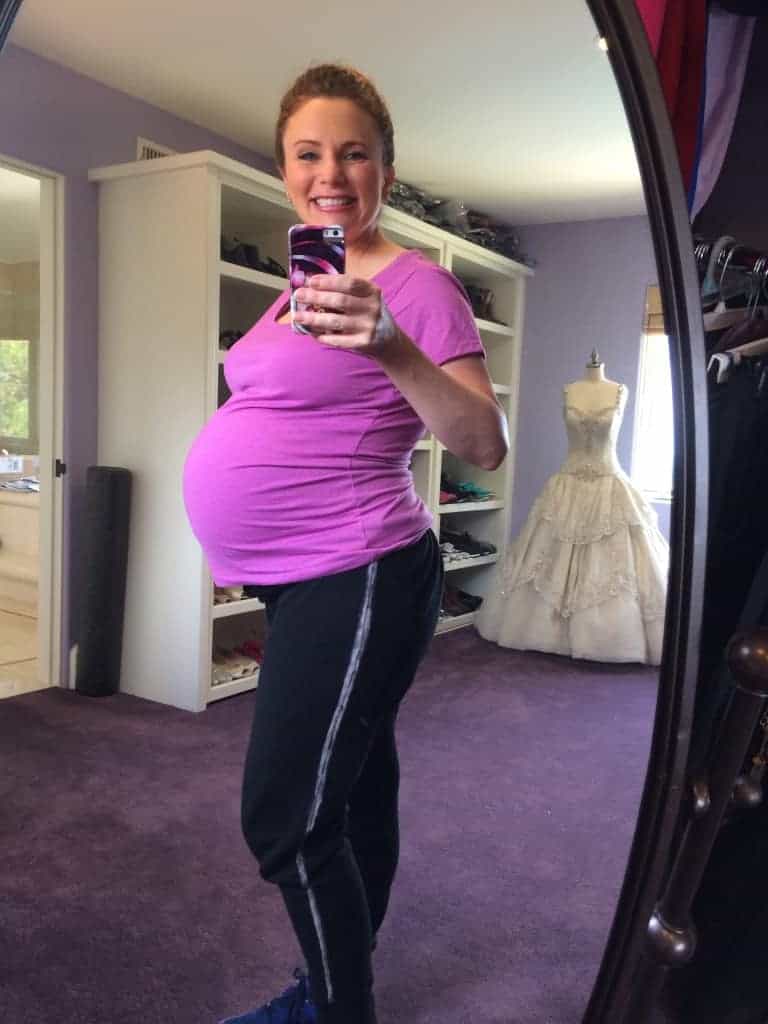 Here I am at the 31 week mark. And yes – that’s my wedding dress on display in the background!

2. I knew my feet would hurt, but I didn’t know they’d HUURT. The ads for maternity dresses would make me literally laugh out loud when I’d see the pregnant models accessorizing with four-inch heels. A person couldn’t PAY me to put on heels during those months! In fact, during the second trimester, I became semi-obsessed with finding the most comfortable slippers to wear around the house during warmer months. And after many online orders and returns, I’m proud to say that I believe I’ve found a winner! 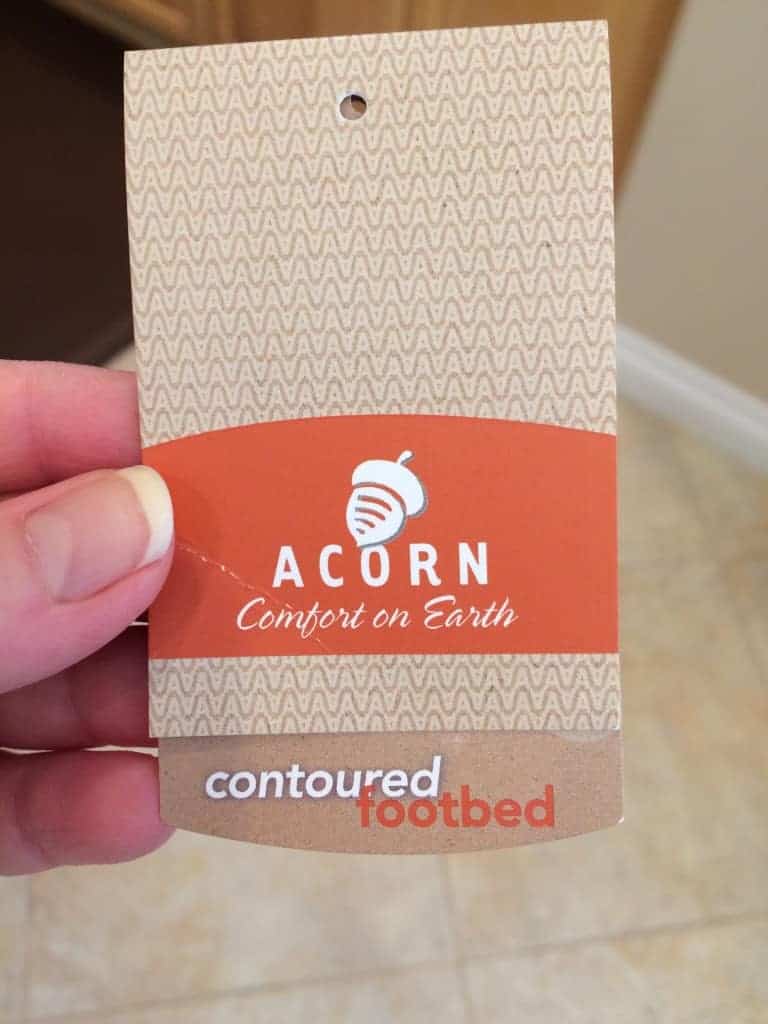 I’m not being paid to share this brand of slipper or anything… just wanted to share for those out there who need some serious cushy feet goodness!

3. I’d be the hungriest in the first trimester. My cravings and bottomless-pit-like stomach all went away by the 15-week mark. After that, as my preggo belly got bigger, my appetite lessened and my meals became slightly smaller. For this reason, I incorporated a lot of dense-calorie healthy fats into my diet such as avocados, coconut oil, nuts, nut butter, etc. to ensure I was still taking in enough calories to help build two baby boys!

4. With creativity, I could go a long time without buying actual maternity clothes. This one deserves it’s own blog post, so stay tuned for that!

5. I’d start to love swimming so much… again. Growing up, I LOVED swimming. It seemed like my friends and I spent every day of our summer breaks in our backyard swimming pools. But as I got older, I never made time for it because it felt like spending time by the pool was a luxury… something to do while on vacation, not on a regular basis. Cut to my second and third trimesters of pregnancy, where swimming became the only comfortable form of exercise for me, and eventually the only way to feel comfortable period. The weightless feeling of being in water made all aches and pains go away. Suddenly swimming wasn’t a luxury; it was a necessity!

6. I’d be back to eating meat again. In July of 2014, I decided to eliminate meat from my diet after doing some research on the meat industry’s devastating affects on our environment. After becoming pregnant in early March, I started doing more research, this time on how to maintain a healthy pregnancy while following a vegetarian diet. I was completely committed to the idea of doing just that, until Easter Sunday rolled around. My mom offered a roasted chicken as part of her beautiful brunch spread that day and that bird called to me in the same powerful way that those Del Taco quesadillas did! I felt I had no choice and I gave in. From that point forward, I incorporated chicken and turkey into my diet again even though I once thought I would never go back. I’ll touch more on the many benefits of a mostly plant-based diet in a future post!

7. Oftentimes I felt more like an aquarium rather than a pregnant chick. Two things happened around the 19-week mark. First, my hands and feet started to swell up on me. I knew this was a normal part of pregnancy for most women—I just didn’t expect it to happen so early on! Second, I started to experience the magical feeling of the babies moving inside me. In the beginning, it just felt like occasional flicks and twitches. But then as the weeks went by, it started to feel like two live fish flopping around! So between that and the crazy water retention, I felt like a walking fish tank. 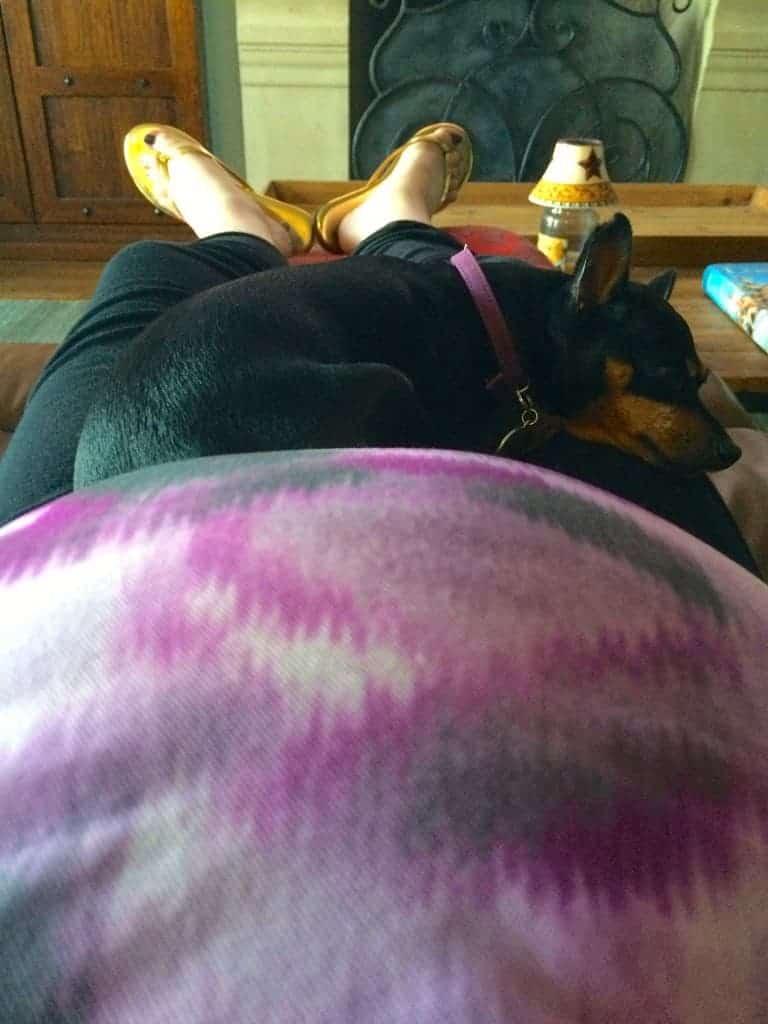 Here you see my big belly, followed by our little dog, Roadie, sitting on my lap, followed by my swollen legs and feet!

8. My doctor would feel very confidently about not needing to do a c-section, right from the start. A good percentage of people asked the same thing after hearing I had twins on the way: “Oh, so that means you’ll need a c-section, right?” Because of this, I always assumed the answer was yes… until I discussed it with my OB. My jaw dropped to the floor when she said she had 85% vaginal delivery rate with twins. She then explained how turning around a breech twin was typically easy because they tend to be small babies. Sure enough, on October 11th, Jack and James were both born traditionally with no c-section needed. Lucky for me, the two of them were already positioned head down that Sunday morning, so it made my doctor’s job a lot easier!

9. How unbelievably HOT I’d feel. All. The. Time. Jeff was so patient with me… I cranked the A/C everywhere we went! The house, the car and back stage in his dressing room at Planet Hollywood Resort; I was always hot. Except, of course, while standing outside in the Las Vegas 120 degree heat, which was definitely uncomfortable, to put it lightly!

10. I’m not invincible after all! Having a decently strong, fit body pre-pregnancy didn’t prevent or help me out when it came to experiencing pinched nerves in my ribs, planter fasciitis or the sciatica pain I experienced during the last half of the pregnancy! Alas, by the 8th month I was about ready to put myself on bed rest. 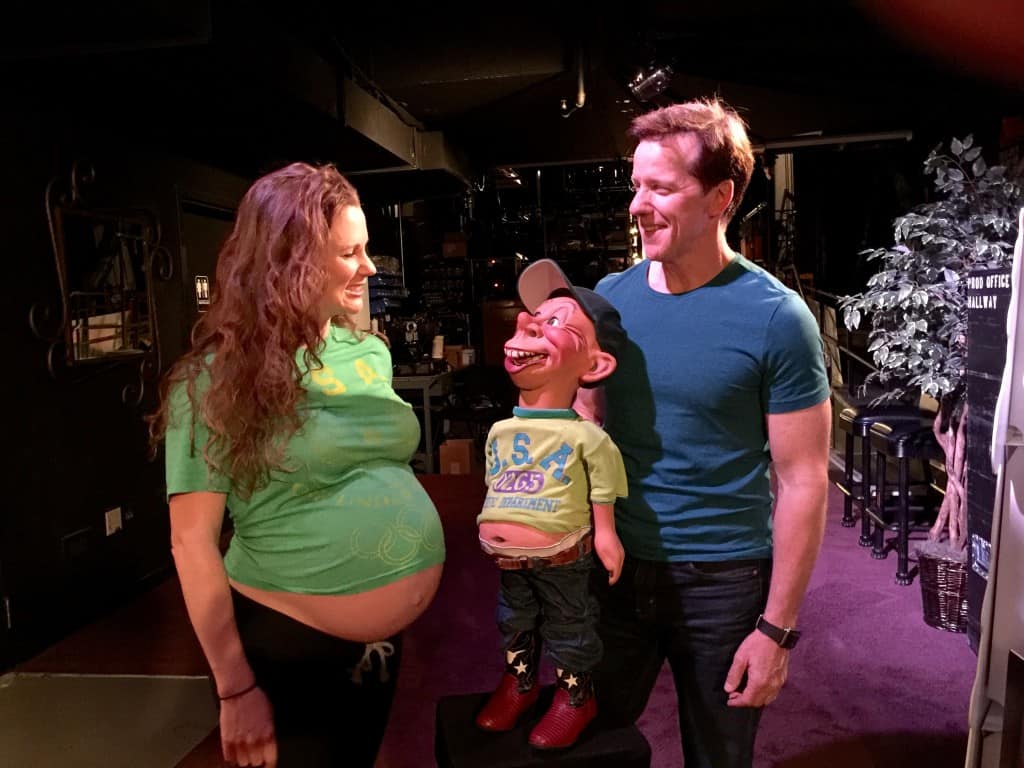 Bubba J and I having a “Who wore it better?” contest!

11. How excited my stepdaughters would be. It can be tough for kids with divorced parents to accept not only step-moms and dads that come along, but then the “half siblings” that sometimes come along, too. It’s a road I have never personally been down, and Jeff and I really didn’t know how the girls were going to feel when they heard the news that they had two brothers on the way. It filled our hearts with joy and happiness when they not only accepted the fact, but then started buying little outfits for them and talking about how excited they were about their upcoming arrival!

Even though this pregnancy was physically very demanding and sometimes down right painful, truth be told, I miss being pregnant. It was such an indescribably special time when somehow my body built and created two little humans. It will be one of the most treasured times in my life, and even through the challenging experiences, I loved every minute of it.

Tagged with: health, healthy vegan, My World, Pregnancy, The Twins

Audrey…you are gorgeous! And such an inspiration to us all. I’m 53 yr old, both my children are grown and a grandma of 2 beautiful grandsons. Jeff is my ultimate favorite. Someday we will get to go see him in Vegas.. (hopefully if my job works outs so we will have the money.)
I love reading your blogs. I couldn’t be happier to see such a deserving happy couple together. Jeff is an awesome entertainer and you both have such a beautiful family. God bless all of you and the boys first Christmas. What a Christmas blessing ♡♡

Again, Audrey & Jeff, congratulations on the beautiful boys. Thanks for the “journey of your pregnancy “. Very well written. Love to all…….old, “Uncle Bob”

Loved reading this…good to remember when I have my own babies. Not for a couple years though!

Looking forward to hearing more about your experiences!

A special congratulations on 2 precious gifts from God.
My husband and I just had our second child 8 mos ago, also a boy. Our daughter is 16 yrs old and yes there’s just a little age gap there, lol.
It was never our plan to have such a gap between our kids but Gods timing is not ours and honestly as usual His timing is perfect. Yes, me and my husband are older but thats ok.
And yes being pregnant at an older age did have some effects. I understand about the retaining water, swelling and the other aches and pains/ discomfort. I had alot more of those during this pregnancy then with our daughter. There were night when I paced the floor all night because I couldn’t get comfortable to go to sleep. I even tried sleeping sitting up in the recliner or couch nope didn’t work. But on March 17th 2015 all that changed because our son was born by c-section because my fram is to small for either of my kids to fit. He is healthy and adorable and a blessing just as our daughter is. I pray God continue to bless you, Jeff and your whole blended extended family. Have a blessed day!

So very true. Not only was I hungry all the time, but I couldn’t be around raw or cooking meat. Don’t miss that. As far as being hot, I believe they messed up my internal temperature. I remember walking out into negative temperatures in only a light jacket and feeling fine.

i had to laugh as i read this blog; i remember this all too well. by the end of my pregnancy w/my boys; i was wearing my hubby’s shirts/shorts (he is a size 3X); refused to buy bigger clothes. Just walking to the bathroom would invoke a need for a nap. My boys are now 16 yrs old and the joy of my life. enjoy; they grow quickly. Congrats to you and Jeff (love him btw).

Audrey, your latest blog about being pregnant was a wonderful and sensitive essay. Not once did I shudder from “TMI”(!) I am an experienced “grandpa” so if in your travels you pass through Virginia, I can offer babysitting. I worked in a Salvation Army child care center in Oakland when I was in seminary–caring for infants and toddlers. Now we have three grandchildren. And…I am retired. I work cheap–some of your homemade cookies should suffice.?

I had to laugh at the swimming comment. By the time I hit 25 weeks, I could no longer find my knees with mine!! I mean, REALLY??? Carrying around what I can only describe to non twin moms as ” an octopus on caffeine” another twin mom I voted me for a swim. So Shamu hit the water. Holy buoyancy, Batman!! Zero gravity and all three of us were note comfortable!!!

I just had twin boys may 2015. Ezra and Jace melt my heart and our 4 yr old loves them so much . thank you for this blog. I found ot by accident but will definitely keep reading it. Congrats on the double bundle.

Congrats on both of you I’m a big fan